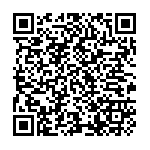 How to clean a boiler condensate trap

How to clean a boiler condensate trap

As an effort to increase energy efficiency and reduce your carbon footprint, all new gas and oil boilers in the UK are required to use condensing technology.

Regularly maintaining your condensing boiler is important to ensure that it retains this efficiency and remains in good working order. Most notably, the condensate trap requires regular cleaning to prevent problems.

This guide shows you how to identify your boiler condensate trap and what to do if you suspect that it needs to be cleaned.

How does a condensing boiler work?

Instead of simply using the energy generated from the combustion process, a condensing boiler also uses the heat of the water vapour to create energy.

In non-condensing models, this water vapour simply escapes out of the flue, wasting up to 50% of the energy generated by the boiler.

In a condensing boiler, this water vapour is instead captured and used to preheat cold water entering the system. The temperature change causes the water vapour to condense back into a liquid, which is then collected in the condensate trap.

What is a condensate trap?

Depending on the make and model of your boiler, the condensate trap may be a siphon system or a simple U-bend. In some models, the trap is made from clear plastic, allowing you to see the collected condensate inside.

As it’s a by-product of condensed carbon dioxide inside your boiler, the condensate is slightly acidic. It’s not dangerous but may cause corrosion in the system, which is why the pipe leaving the condensate trap is made of plastic rather than metal.

Why does the condensate trap need cleaning?

The water running through your boiler system contains small particles that can lead to a build-up of sediment over time.

If left for long enough, the sediment can build up to the point that the condensate can no longer flow through the trap and out of your boiler. This can create a backup in your boiler system, causing an automatic safety shutoff.

If your boiler keeps turning off unexpectedly, the condensate trap may have become blocked with sediment.

How to clean the condensate trap

Cleaning the condensate trap is part of a regular boiler service and should be carried out by a Gas Safe boiler engineer. It’s a quick and easy job that can prevent more serious problems in the future.

As long as you ensure that your boiler is serviced on a regular basis, you shouldn’t experience issues with this part of the system.

However, if you suspect that the condensate trap has become blocked, it’s best to call out an engineer who can remove, clean, refill and replace the trap for you.

Does your boiler need servicing?

It’s always recommended that you get your boiler serviced on an annual basis to identify any potential issues before they become more serious.

All work will be carried out by a Vaillant-trained Gas Safe engineer, who will make sure that all boiler components are safe and working properly.

Not sure what support you need?

Get in touch with us and we’ll be happy to discuss your options and find a boiler service solution that meets your needs.