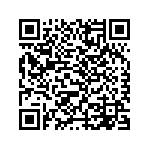 What Is a System Boiler?

What Is a System Boiler?

While they require less space than a regular boiler, system boilers naturally need more space than a combi boiler due to the hot water cylinder, which needs to be considered in smaller homes.

What Pressure Should My Boiler Be?

What Do I Do If My Boiler Has No Pressure?

No Hot Water - What to Check