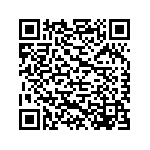 For more convenience, the heating circuits can be controlled locally using separate room/zone controls (VR 80 or VR 90) for each extension circuit. These room/zone controls can be connected to the first eight heating circuits. The VR 80 enables the user to set the target room temperature and heating mode taking into account the current room temperature through the in-built room sensor. The VR 90 is similar to the VR 80 but can control up to three times periods over a 5 -day, 2-day and 7-day or 24-hour operation. It is also possible to view maintenance and fault messages using the VR 90.

Using the VR 32 eBUS coupler enables up to eight Vaillant ecoTEC plus or ecoCRAFT boilers to be installed in cascade. Cascaded systems can be controlled using one VRC 630 and can utilise all accessories - VR 60, VR 80 and VR 90.