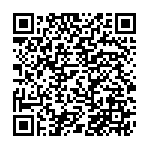 A leaking boiler is no small issue. If your boiler is leaking water, it could mean that the boiler is in need of an urgent repair by a heating engineer. Not only can a leaking boiler cause a mess, but it can also lead to electrical malfunctions and costly repairs and replacements.

There are many reasons why a boiler might start leaking water, and all require specialist help to fix. Once you spot a leak you should turn off the water supply and your heating, wipe off any water from the area and contact a Gas Safe Registered (GSR) engineer to inspect your system. Do not try to fix the issue yourself as handling boilers is dangerous and should only be done by qualified professionals. It is advised to do your best to control and contain the water leak.

One of the most common causes of boiler leaks is excessive boiler pressure. The majority of central heating systems are sealed, meaning that there are no vents to manage the varying levels of water as it expands and contracts during the heating process.

Pressure is therefore used to move the water around a home efficiently. If the level of pressure rises too high, the boiler’s pressure release valve will automatically release water from the system to reduce pressure levels. Excess pressure can also cause boiler parts to malfunction which can also create a leak.

If you suspect boiler pressure being the source of the issue, check your pressure gauge. This is usually either a dial indicator or a digital screen on the front of the boiler, on some systems you may find this pressure gauge located near the hot water cylinder (if you have one). The pressure gauge will show the current level of pressure in the system, with the ideal pressure level usually being around 1 bar. You will be able to immediately see if the pressure in the system is too high. Typically a pressure relief valve will begin to let water out of the system if it exceeds 3 bar. On most gauges this is indicated in red.

The next step should then be to turn off the water supply and heating system to prevent further water leaving the system. You should then call a GSR engineer to find the source of the issue, such as a faulty expansion vessel or passing filling loop.

A boiler might also be leaking water due to corrosion. Air in the heating system will corrode copper pipes, radiators and tanks over time resulting typically in debris in the heating system, this corrosion can cause them to weaken and eventually crack. This is a common issue even in the most modern boilers and can usually be identified by water leaking from the bottom of the appliance or faulty part of the system. It is also easy to spot corroded metal, even to an untrained eye.

The best solution for corroded pipes or tanks is to call a heating engineer to inspect which parts are affected. If the corrosion is limited to a select number of pipes, the engineer can usually replace these at an affordable price. If the leak is from the boiler and your appliance is still under guarantee, you may not incur any cost for repairs.

If a boiler is brand new and water has leaked from the system, it is likely that the boiler pipework was fitted incorrectly. Even the most qualified engineers can make mistakes, especially when installing a new boiler; it can be difficult to spot a potential leak when the pipework is first installed.

In the instance of poorly fitted pipes, the best course of action is to call the engineer to notify them of the problem and arrange for them to revisit. They should then return to correct their mistake. If the engineer is unavailable, another professional heating expert should be able to find and resolve the issue no problem.

While not the most common reason for a boiler leaking water, a faulty heat exchanger is the most expensive to fix. A heat exchanger allows heat to be transferred between two substances, which in a boiler system is most commonly water or gas, without the two substances mixing. This boiler part is essential for sending hot water around the home into radiators and taps.

A heat exchanger can fail or crack over time, especially in older boiler models. These faulty heat exchangers can then release water into the boiler and onto the floor. A GSR engineer will be able to quickly identify whether the heat exchanger is the cause of the water leak.

If the heat exchanger is leaking/faulty, it could be more cost effective to replace the appliance itself. Heat exchangers are the most expensive part of a boiler and the cost of the new part, along with paying for the expertise needed to replace it, can run into hundreds of pounds. In those cases, it is more economical in the long run to invest in a new boiler.

Boilers are made up of lots of different parts joined together by seals. These seals can loosen or break over time and cause water to leak from the system. This natural wear and tear occurs as a result of water expanding and contracting as its heats and cools. When a seal eventually breaks, water can be released rapidly from the system and often causes the boiler pressure to drop in the process.

Broken seals can only be replaced by a qualified heating engineer, who will have to open the boiler casing to find the affected parts. Do not remove the boiler casing yourself, as it is illegal for a non-qualified individual to do so. Always call an engineer to inspect and fix your boiler.

What do I do if my boiler is leaking?

If your boiler is leaking, you should turn off the water supply and heating system in your home before calling a boiler engineer. Aside from being a nuisance, a water leak can cause irreparable damage to your boiler and cost hundreds of pounds to replace the system.

Is a leaking boiler dangerous?

Boiler leaks can vary in severity, but they should always be treated as a serious issue. Water can cause electrical components in and around the boiler to malfunction and even catch fire. Leaks can also cause water damage and endanger the health of homeowners. Mould can grow in damp environments and cause breathing problems, especially for asthmatic individuals.

Can a leaking boiler be repaired?

A leaking boiler can be repaired in almost all cases. If the pipe fittings were poorly installed or if a pipe has corroded, it is usually simple to fix and replace the source of the issue. However, it is not always economically viable to do so. Larger scale issues like a faulty heat exchanger can cost hundreds of pounds to replace, by which point it is cheaper in the long term to purchase a new boiler.