For support call: 0330 100 3143
Find
For support call: 0330 100 3143
Find an Installer
Your Cookie Preferences
We use cookies and tracking technologies of third parties to remember your preferences, to measure and analyse the use of our websites and to optimize your experience on our websites. If you agree please click “accept”. You may here decline the use of those cookies. You can manage at any time the use of cookies through your browser settings and withdraw your consent at any time. For more information see our Privacy policy.
Accept 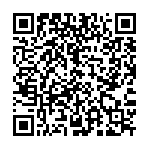 Hot water tanks vary in size and are usually installed near a bathroom, a bedroom or on a stairway landing to deliver hot water when it is needed. Boiler cupboards were installed to house the water tank.

This airing cupboard, or boiler cupboard, is kept warm by the heat inside the hot water tank, which means it is a popular place to dry damp laundry. Airing cupboards usually include shelves to dry and store towels, bedding and even clothes, which opens up storage space elsewhere in the home. Airing cupboards are particularly handy for properties without utility rooms or general space to dry clothes. It should be noted, however, that soaking wet items should never be dried in an airing cupboard as this could cause significant damp.

Boiler cupboards are renowned for smelling musty. The high levels of condensation means that the space can become damp, which can create an unpleasant smell if left unchecked. Nevertheless, there are ways of combating this beyond ensuring that it is well ventilated.

One option is to spray your laundry with a pleasant fragrance before placing it in the airing cupboard. The smell on the bedding and towels will fan out and improve the damp smell. Another option is to place scented sachets in the airing cupboard. Rose, lemon and lavender are common fragrances people choose and for good reason; aside from smelling good, scents like lavender are proven to deter moths.

Combi boilers do not need a separate tank to store hot water as they take water directly from the mains and heat it on demand. Homeowners looking to replace a regular or a system boiler with a combi boiler sometimes choose to place their combi boiler in the airing cupboard. It is perfectly safe to do so, but here's something to bear in mind. New appliances are classed as room sealed – this basically means that the air within the boiler is separate from the air in the room. The flue has the air inlet which draws in air, as a result you don’t need any ventilation on a current room sealed appliance.

Consult with a Gas Safe Registered (GSR) engineer to make sure your airing cupboard is a suitable place for installing your new combi boiler, as they may recommend other more suitable locations when they survey your property.”

What Temperature Should My Combi Boiler Be Set At?

How do Geothermal Heating Systems Work?

What are Magnetic Filters?