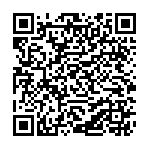 A condensing boiler is an efficient type of boiler commonly found in most homes today. The boilers are able to collect gas generated by burning fuels like gas and oil and use it to heat water entering the system, saving money and reducing carbon emissions in the process.

How does a condensing boiler work?

A condensing boiler uses condensing technology to make better use of the heat it generates. When a fuel such as gas or oil is burned, gasses are released via a flue. In a non-condensing boiler system these gasses would be released into the atmosphere and their heating potential would be lost.

However, in a condensing boiler the hot gasses are captured and recycled back into the system through a heat exchanger into whats known as the primary circuit. Depending on the boiler type, the primary circuit then moves the heat to either the heating circuit (radiators) or the domestic hot water. In a combination boiler the hot water is most commonly heated through a secondary heat exchanger known as a plate to plate. On a heat only appliance the domestic hot water is heated and stored in a cylinder within the property.

As a result, condensing boilers are much more cost-effective and can save a homeowner hundreds of pounds in heating bills each year. By burning less units of fuel and reducing a home’s carbon emissions the condensing boiler is also a greener option.

Is a condensing boiler the same as a combi boiler?

Although the two terms are sometimes used interchangeably, they are in fact different.

A combination boiler, or combi boiler, removes the need for storage tanks as the entire system is controlled through the appliance itself.

The confusion is most likely due to the growing popularity of combi boilers around the time that condensing technology became mandatory in the UK.

What are the advantages of a condensing boiler?

There are numerous advantages of a flue gas recovery system:

The flow of the liquid through the condensate pipe is often slow (as its not under any pressure/high volume flow) and therefore in the colder months it is exposed to the lower temperatures for a longer period of time, resulting in freezing. The liquid will then build up in the appliance and eventually result in it not operating. However, this can be easily avoided by insulating the condensate pipe appropriately.

How long do condensing boilers last?

Always check the warranty of your boiler to ensure you are choosing a quality option. Vaillant boilers, such as our ecoTEC and ecoFIT models, come with a 2-5 year guarantee as standard but can be extended up to 10 years through a Vaillant Advance installer.

Are all new boilers condensing?

Since 1st April 2005, all new gas boilers installed in the UK have been required by law to be condensing boilers. Since 1st April 2007 the same rule came into effect for oil boilers. With an estimated 40% of UK emissions coming from households*, the new regulations were brought into place to combat climate change.

*Source: The Committee On Climate Change

How much do they cost?

Different sizes and boiler types suit different needs and property types, so it's best that you get advice from a local expert to find out whats most suitable. Please bear in mind that the most expensive models with big outputs might not be the right solution for heating and hot water for your home as they could be oversized and as a result will not work properly, resulting in unnecessary spend.

What size condensing boiler do I need?

In short, yes they are harmful and should not be inhaled. It is important that you make sure exhaust gases from your boiler terminate in a safe location. This is why boiler flues exit the property through the wall or roof, so then waste gases and condensation are pumped outside rather than in the home.

You should ensure that your home has a carbon monoxide alarm. If CO is detected, the alarm will sound like a smoke alarm.