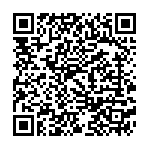 What is a diverter valve?

How do I know if my diverter valve is faulty?

How do I test a boiler diverter valve?

How do you free a stuck diverter valve?

A boiler diverter valve is an essential part of a combi boiler heating system, determining where hot water is sent throughout the home. Over time a diverter valve can become faulty and consequently cause issues with sending hot water to your taps or radiators.

What is a diverter valve?

A diverter valve is a mechanism in a combi boiler that opens or closes to direct hot water either to radiators or taps and showers. Diverter valves are not found in system or conventional boilers because the valve is only needed in boilers where water is heated on demand, whereas system and conventional boilers store hot water in a storage cylinder.

How do I know if my diverter valve is faulty?

A diverter valve may be faulty if the hot water taps still work while the radiators do not turn on.

Another sign of a faulty diverter valve is if you only can only get lukewarm water from your taps. In this scenario it is likely that the diverter valve is stuck and allowing some hot water to pass through to your radiators.

How do I test a boiler diverter valve?

If you suspect that your diverter valve is faulty, we recommend that you call an engineer registered with the Gas Safe Register to take a look at it for you. While certain checks can be as simple as removing the boiler cover and looking for the diverter valve, it is illegal to carry out any maintenance on your boiler.

How do you free a stuck diverter valve?

Instead of attempting to fix the diverter valve yourself, we recommend that you call a qualified heating engineer to come take a look at it for you. Any work carried out on a gas appliance is dangerous and can damage the boiler further if not handled carefully.

A boiler engineer will be able to run checks to see if a faulty diverter valve is the cause of the problems, or if there is another underlying issue. It is likely that the valve has simply become stuck over time and needs to be cleaned using a commercial chemical cleaner, after which it can be refitted.

The engineer may also advise you to replace the valve depending on the severity of the problem. We recommend checking to see if your boiler is under warranty. If it is, you may be able to replace your diverter unit free of charge. If not, you will have to factor in the cost of the engineer’s time and the replacement valve itself, which can cost anywhere between £55 and £200.

In some cases it may be more economical long-term to replace the entire boiler system, which can be the case for combi boilers over 10 years old. Your heating engineer will be able to advise you on this following their checks on your system.