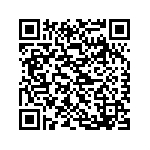 Vaillant Group UK is proud to have taken part in the Nation’s Biggest Housewarming, the campaign by National Energy Action (NEA) on February 15th.

The Nation’s Biggest Housewarming is part of the Warm and Safe Homes Campaign, NEA’s annual winter initiative. The aim of this campaign is to raise awareness of the issues of fuel poverty and raise money to support people who are struggling to heat their homes.

NEA’s Biggest Housewarming was established in 2014 and the fundraising efforts take place across England, Wales and Northern Ireland every February. More and more organisations participate each year and in 2019 more than 40 took part.

Alice Woolley, Marketing Director for the Vaillant and Glow-worm brands commented, “Vaillant has been a strong supporter of the NEA for three years now. We support this fantastic charity in a variety of ways. Not only does Vaillant sponsor their Heat Heroes awards, we always do lots of activities at our offices to raise money and support their Biggest Housewarming events. This year is no exception and we held a bake sale, auctioned an ecoTEC Exclusive with Green iQ boiler on Twitter, donated money for tweets and hosted a bicycle powered Scalextric race which got very competitive! In all we raised £1,487.36 for this fantastic cause.”

Jen Carruthers-Jones, Business Growth and Partnerships Manager at NEA, said: “Every penny raised for the Nation’s Biggest Housewarming will help us in the fight against fuel poverty. Last winter the number of excess winter deaths was the highest since 1975. It is a tragedy that so many people die or suffer the health impacts of living in a cold home when they are largely preventable. There are over four million people in the UK struggling to make ends meet, stay warm and healthy this winter. We would like to thank Vaillant Group UK for supporting this great cause.”